This blog post is an extract from our 2016 Holiday Report. Access the 100+ page report for free here.

Columbus Day is on Monday, October 10th. And, as you know, planning upcoming holiday campaigns can be a drag. Should you do the same thing as last year and call it a day or should you try something completely different?

In this post we take a look at three different email motifs you can use for your Columbus Day emails. If you’re interested in seeing more examples, or understanding what your competitors were up to last year (e.g. how much did they discount or when did they send their first Columbus Day email), start your free MailCharts trial to find out.

Let’s begin by looking at GigMasters 2015 Columbus Day email which was simple but impactful. Rather than creating a complicated promotion for Columbus Day, the company is offering a single discount.

To increase the sense the clock is ticking, GigMasters makes it clear this is the biggest deal of the entire year.

Although there’s some Columbus Day branding (the nautical illustration and the “sail away” metaphor”), this email is primarily about the deal, not the holiday. And in this case, it works well.

You only have a few hours left, Lorem 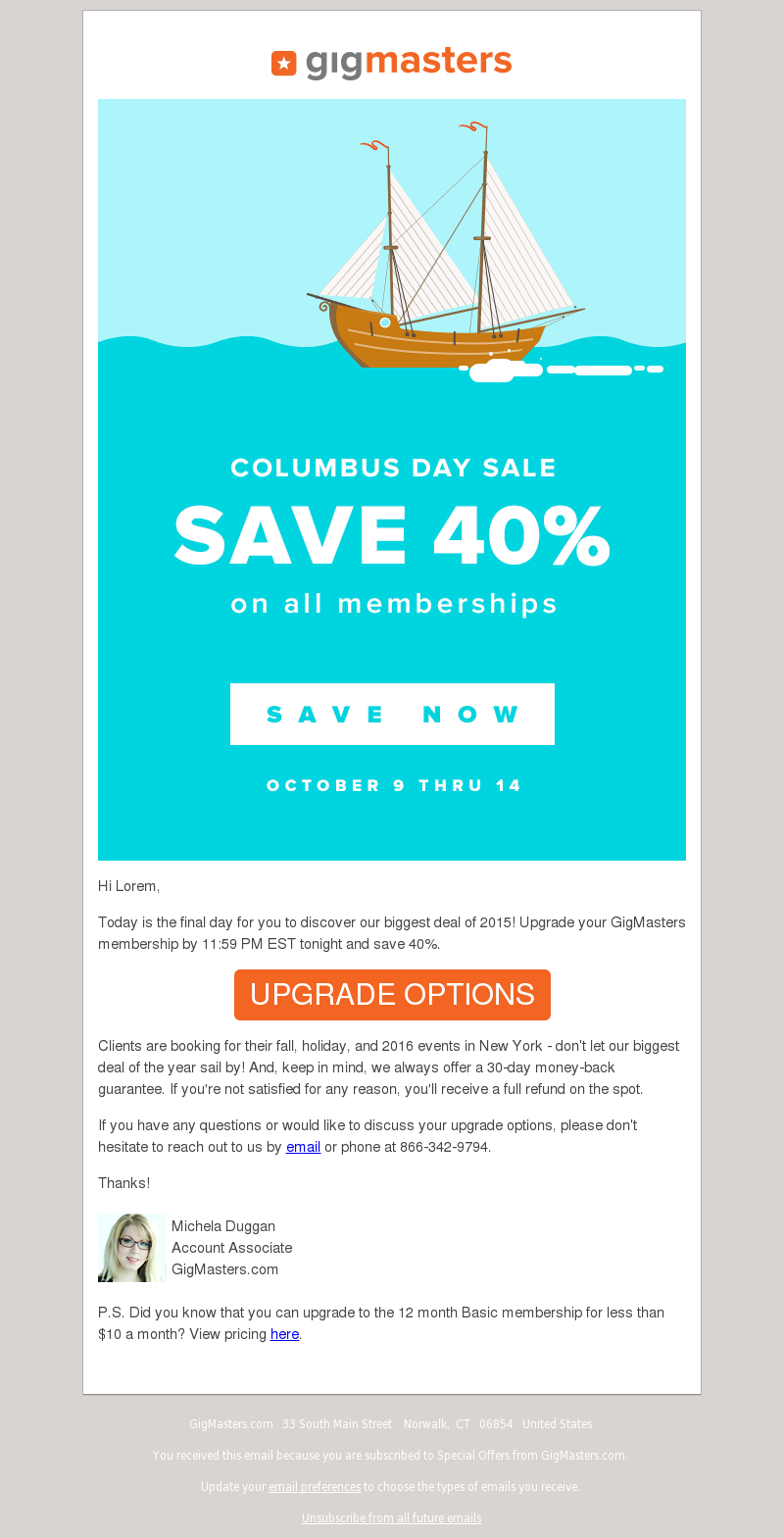 The timing of this campaign was also well-done. Subscribers initially received the deal on October 9, a reminder on Columbus Day, and a last-chance email on October 14.

The Vitamin Shoppe sent an email that bore close resemblance to a physical coupon. That was a smart move, considering nearly every American uses coupons—and roughly 6 in 10 consumers say digital coupons are the most effective promotion tactic retailers can employ.

Also, notice their email plan leading up to Columbus Day — they sent a total of 5 promotional emails:

With Columbus Day coming under fire, it may be a good idea to follow Wolf and Badger’s lead and mention the time off from work… not the holiday itself.

This email, which landed in subscriber’s inboxes the day before Columbus Day, has a fairly emotional subject line. The brand was no doubt appealing to its audience’s desire for a break. 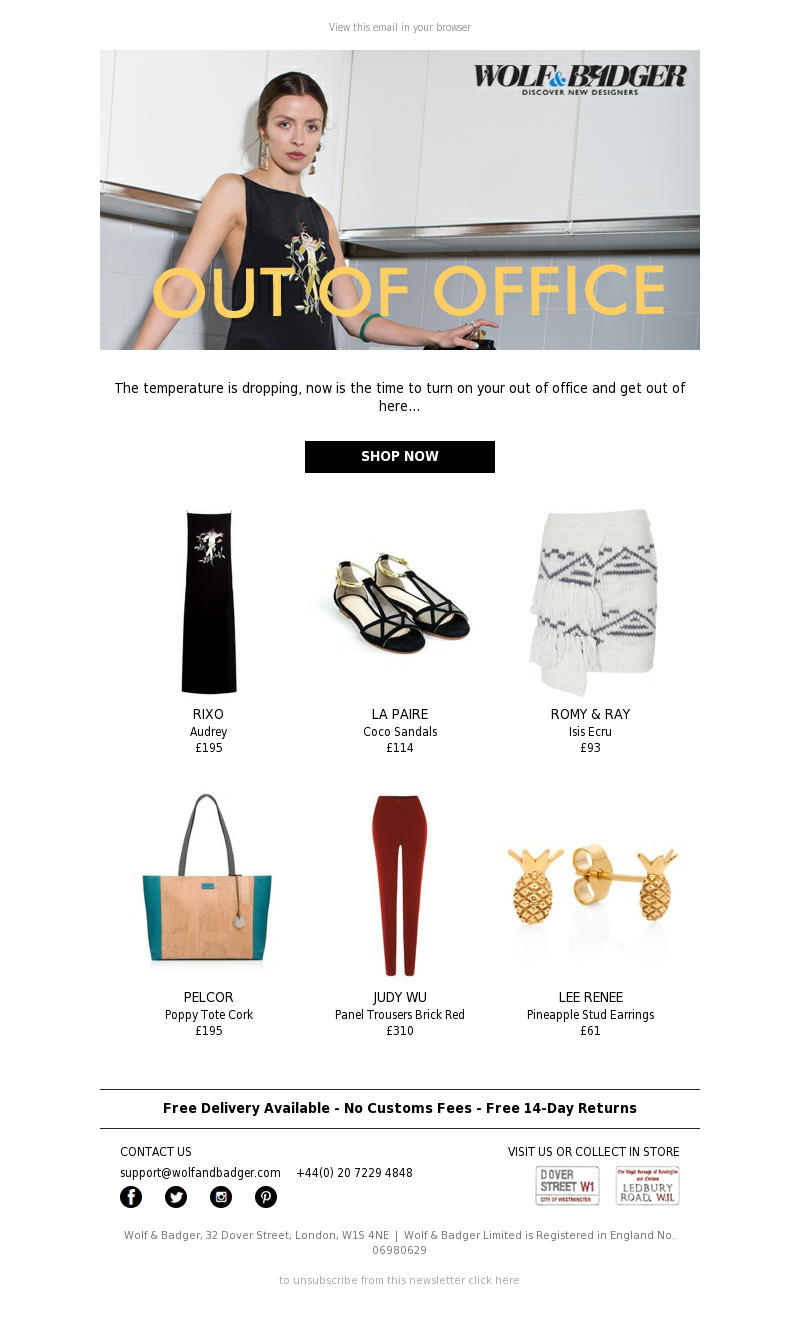 Once subscribers opened the email, the implicit holiday reference helps Wolf and Badger capitalize on the the day without ruffling any feathers.

Remember this when planning your Columbus Day campaigns: