As far as promotions go, Winter Solstice—which falls on December 22 this year—isn’t especially popular. In fact, MailCharts received only 10 emails mentioning “Winter Solstice” or “first day of winter” in 2015. Since few companies are leveraging this holiday, you have the opportunity to jump in and promote your best-selling items.

Let’s take a look at some of the Winter Solstice emails sent in 2015 to inspire your 2016 campaigns.

that actually continued on December 23 …

Although December isn’t typically a huge month for swimsuit shopping, the brand manages to create a timely reason to shop. Reminding subscribers that the holiday and the offer are both quickly expiring helps create a sense of urgency. The imagery used makes you crave a warm day on the beach.

On November 23, 2015, Gig Salad sent a Thanksgiving-themed email with “Winter Solstice” in the subject line:

🍂 This sale will end quicker than the Winter solstice! 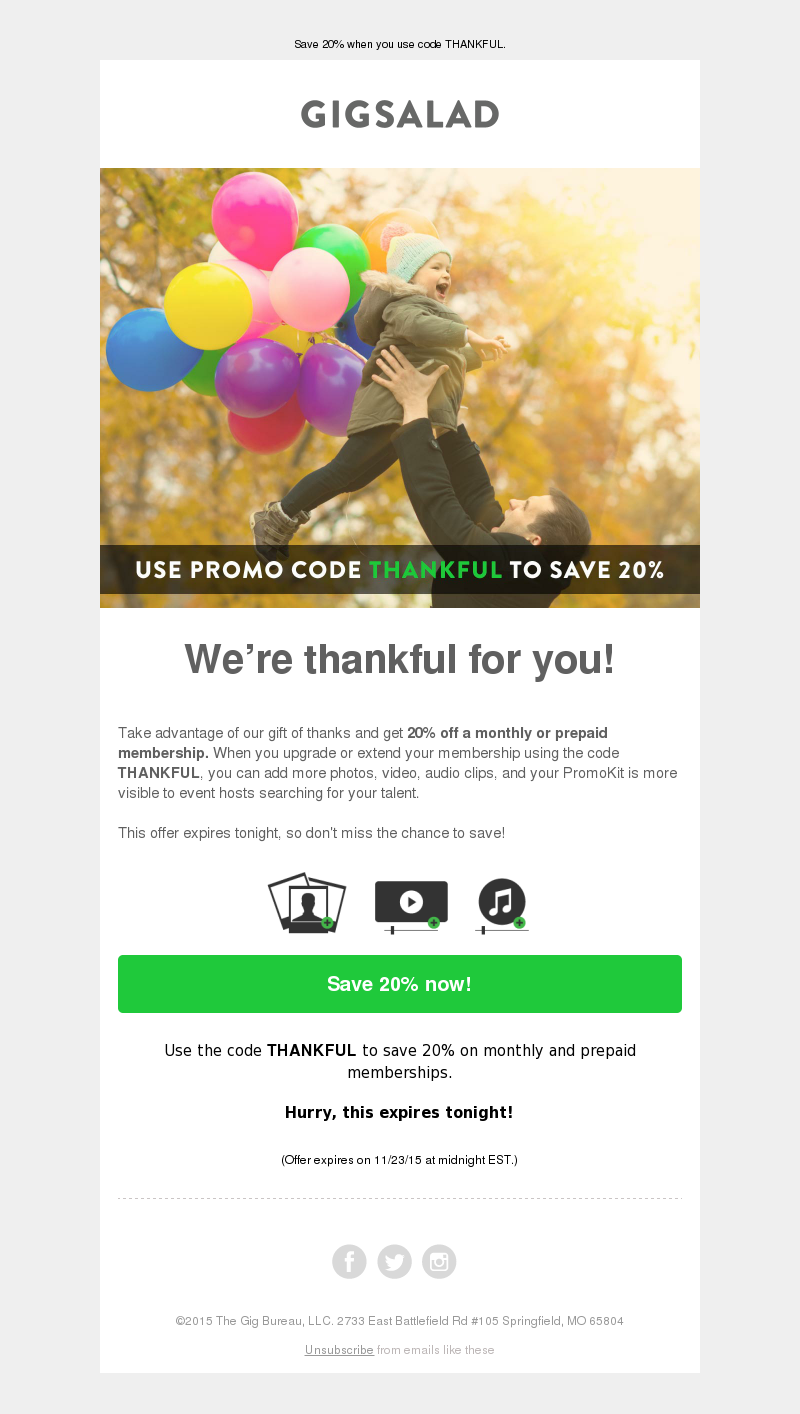 Interestingly, this offer is entirely tied to Thanksgiving, not the Winter Solstice. If you look at the timestamp, it was sent one day before Thanksgiving.

Gig Salad likely used a Winter Solstice reference to make its email stand out. As MailCharts data reveal, many retailers email their audience on Thanksgiving with themes and subject lines that tend to emphasize the Thanksgiving holiday. Gig Salad did a great job zigging while everyone else was zagging.

It's the longest night of the year...

Lastly, Estee Lauder did a phenomenal job tying the Winter Solstice to one of their products. The title of this email does a great job promoting Estee Lauder’s “Advanced Night Repair” serum.

How to Optimize Your Winter Solstice Campaign

Editorial image by flyupmike from Pixabay

Should email marketers worry about IP reputation while pausing campaigns?

Planning campaigns for November and beyond